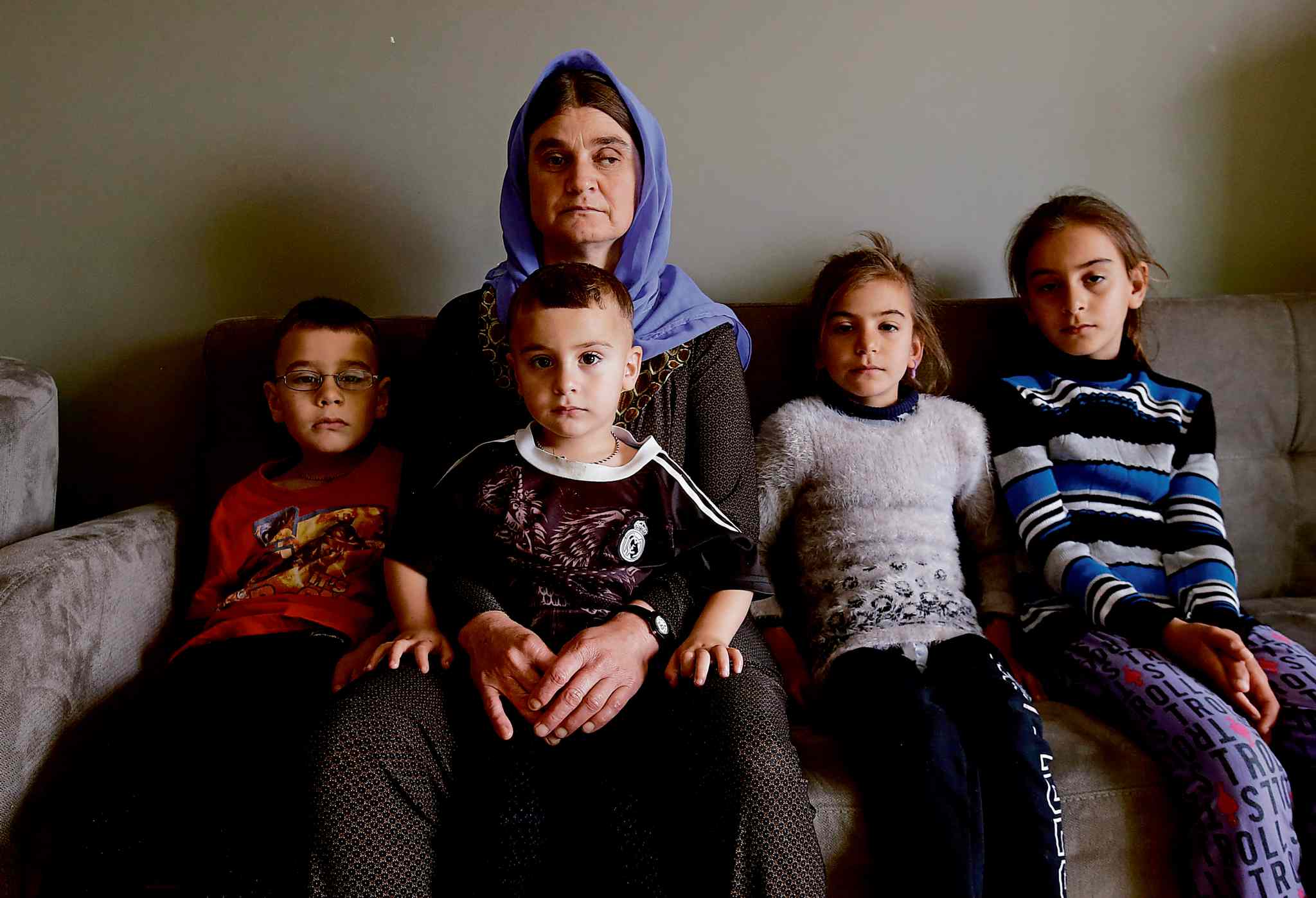 Emad Mishko Tamo was only nine years old, sobbing and reaching out for his mother when ISIS militants captured and separated them as the pair attempted to escape the besieged town of Sinjar in northern Iraq, where thousands of Yazidi men, women and children were murdered or abducted.

For nearly three years, Mihlo Rafo — who came to Winnipeg along with four of her children in January as government-sponsored Yazidi refugees — knew nothing of Emad’s whereabouts. He was captured and imprisoned, but Mihlo Rafo had no way of knowing whether her son was dead or alive.

Then, on Sunday, she spoke to him on the phone.

Emad had been liberated from ISIS capture by Iraqi forces in Mosul, where they’ve been fighting since October, and a picture of him, face dirty and cut, arms covered with dust, began to circulate across social media. Within hours of the photo’s posting, Mihlo Rafo heard Emad’s voice again.

He’d been shot in the arm in June and was cut by shrapnel in the right side of his stomach, but received medical treatment in a refugee camp in Dohuk, a safe place in Kurdistan compared to Sinjar or Mosul. A video of Emad in the hospital shows him telling his mom that he’s OK, and in another, Emad says in Kurdish, “Take me to Canada to my mom.”

At first, Mihlo Rafo couldn’t believe her son survived. Though there was always hope they’d be reunited, the information came as a shock.

“I thank God he’s still alive,” Mihlo Rafo, 38, said through a translator on Wednesday. Talking to him was an emotional experience, especially given all she, her family and her people have already lost.

For two years, Mihlo Rafo was imprisoned and made a sex slave by militants. She was beaten mercilessly and hit in the head and she still has no clue where her husband, along with one other son, is. They lost their home, their family and any sense of security in their home country.

When Iraqi forces bombed the ISIS prison camp she and others were kept in, dust rose up and blinded her for six hours. Mihlo Rafo’s voice is raspy, still affected by the smoke. Over 200 people were held in that prison, Mihlo Rafo said, and inmates barely saw sunlight in the horrendous conditions. Thankfully, she was able to get to Canada safely with four of her children not long after.

Now, in their apartment at IRCOM House, a newcomer housing project in the West End, Mihlo Rafo is pleading for the government’s assistance in bringing Emad to Winnipeg.

Her four children, some of whom — including three-year-old Rebar —were barely old enough to have known Emad. Rebar was only six months old when the family was forced from home.

“They can’t wait to reunite,” Mihlo Rafo said. “He’ll be playing with them again.”

The Yazidi Association of Manitoba, the Kurdish Initiative for Refugees and Winnipeg Friends of Israel are urging the government to bring Emad to Winnipeg. Steven Maman, the founder of the Liberation of Christian and Yazidi Children of Iraq (CYCI), has been instrumental in the campaign. CYCI has assisted thousands of Yazidi people in Iraq since 2014.

“We will help financially and raise awareness to get the government to expedite the process,” Maman said.

Hadji Hesso of the Yazidi Association said he’s sent Mihlo Rafo’s story to every MP in Manitoba in hopes of inspiring them to take action.

“It’s amazing he’s alive, but there are so many thousands who aren’t or are being held by ISIS militants,” said Hesso, who arrived in Manitoba as a refugee in 2000.

Mihlo Rafo is thankful for the assistance the government’s already given her family, but desperately wants her son to come to Winnipeg.

Emad’s injuries make talking on the phone a challenge, but it was clear to Mihlo Rafo just how much he misses her and his siblings.

“After all this time, at least I heard his voice,” Mihlo Rafo said.