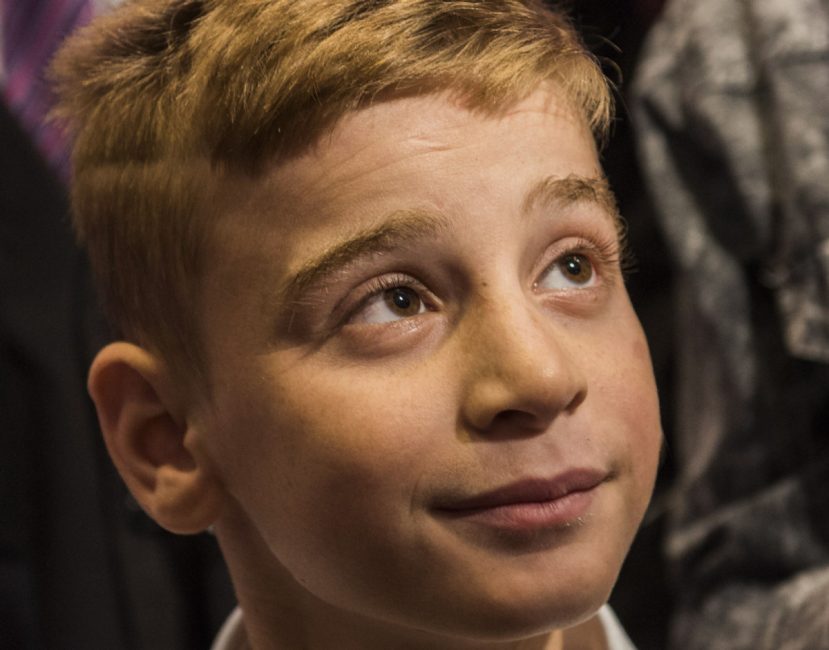 By The Canadian Press

WINNIPEG—A woman in Winnipeg tightly embraced her 12-year-old son for the first time in three years early Thursday morning when the child was reunited with his family after his liberation from Iraqi militants.

Cheers went up from a large crowd on hand when Emad Mishko Tamo arrived at James Armstrong Richardson International Airport, just weeks after he was freed from captivity.

He was separated from his mother after Daesh, also known as ISIS and ISIL, displaced thousands of members of the Kurdish-minority Yazidis in 2014, but he was freed earlier this summer in the city of Mosul.

His mother, Nofa Mihlo Zaghla, has been living in Winnipeg as a refugee but it wasn’t until a relative recognized his photo on social media that she knew her son was still alive.

“Thank you Canada,” said Emad while surrounded by a throng of relatives and supporters at the airport.

Speaking through an interpreter, Emad said there are a thousand other children like him who are still being held captive and he wants to share his story so that they can be helped.

A refugee co-ordinator said the boy, who is still recovering from gunshot wounds, will be closely monitored by doctors while he settles into his new life in Winnipeg.

Emad was brought to Winnipeg through the efforts of the Yazidi Association of Manitoba.

Hadji Hesso, the association’s president, said Emad was accompanied by UNHCR representatives on his flight to Canada, and that they brought him to a private room at the airport to reconnect with his family prior to walking out to the waiting crowd in the arrivals area.

Hesso said Emad’s siblings, uncle, cousins and grandmother were also in the room.

“As soon as he opened the door, he kind of (said) ‘Wow!’ and he ran to his mother, with hugging and kissing and his mother started crying,” said Hesso, who was present for the reunion.

“It was emotional for everybody whether you know Emad (and) the mother or not,” Hesso said.

The Yazidi Association of Manitoba, the Kurdish Initiative for Refugees and Winnipeg Friends of Israel went public with Emad’s story last month to try to get Canadian officials to act quickly to bring the boy to Canada.

According to a letter written by the association to members of Parliament, Zaghla lived peacefully with her husband and six children in Iraq until the summer of 2014 when her village was attacked.

They held captive for two years, during which time the association said Zaghla was forced to serve as a sex slave to the militants.

As they were moved from place to place, she became separated from her husband and her two oldest sons, and when she managed to escape with four of her children during an attack on their compound, she made her way to Canada with no expectation she would see them again.

Her husband — Emad’s father — as well as one of Emad’s brothers remain unaccounted for, Hesso said.

Hesso said Zaghla expressed how she wished they could have been on the flight to Canada with Emad.

“But at the same time she’s happy at least she has one of them back. So you can’t put it in words how happy she is,” Hesso said.

Federal Immigration spokeswoman Lisa Filipps said last month that the department was acting to expedite all Yazidi cases and that the government was working with partners in the region to identify vulnerable Yazidi women and children.

The Toronto Star and thestar.com, each property of Toronto Star Newspapers Limited, One Yonge Street, 4th Floor, Toronto, ON, M5E 1E6. You can unsubscribe at any time. Please contact us or see our privacy policy for more information.